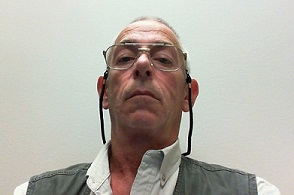 Here we go again!
Sometime around the beginning of 2019, things really took a downturn. I finally made the break from the prescription medicine called "Lyrica". It nearly cost me my life. Whatever you may have seen on TV or heard about this medication, take it from someone who knows, not only is it a piece of shit medicine with an astronomical pricetag, it is pretty useless for anything other than physically addicting you to it. And once you are on it baby, you may as well forget it. Had I not pushed myself to get in the best physical conditioning I could before I detoxed, I would be dead for sure. And the government thinks there is an opiod crisis, huh? The only crisis going on is at the Big Pharma companies pumping out bullshit like Lyrica, and you just know that is NEVER going to change.
But that just proved to be the tip of the iceberg as they say. The withdrawals were hideous and made opiod withdrawal look like a day on a picnic! By April I was starting to feel somewhat better, but then developed some very unusual flu-like symptoms, but did not have the flu. Night sweats, fatigue, chills, 25 lbs of weight loss, no sleep for 2 months, stomach aches, and unexplainable swelling of my wrists and hands!
God certainly was pissed off at me for sure. One day at the end of April, my wife found me unresponsive at the kitchen table and called 911. But by the time they got there I had regained concisouness. I thanked them for stopping by and kicked them out! 2 weeks later I was at the emergency room because my weird flu-like sysmptoms were only getting worse. They found nothing of course and sent me home. Another two weeks and I was back again because I woke up in the middle of the night with my entire left side of my body paralyzed. Gee whiz! 15 minutes later my body was working again, but I high-tailed it the the E.R. again.
And of course they found NOTHING again, but did admit me overnight for testing. And lo and behold at least they found a ticking time bomb. Seems my left Carotid Artery was over 85 percent blocked. And that is what you see in the above picture: the aftermath of the surgery on June 7th, 2019.
I have had 3 neck surgeries, 2 back surgeries, and 3 hand surgeries, but let me tell you, a cardio-vascular surgery will put a world of hurt on ya! Yowee what a pain in the neck!
But the good news is that I have finally gotten my Primary Care doctor off his dumb ass and getting me to the kind of people who might be able to actually help me! The rest of June and early July are filled with CT scans and Hematology/Oncology visits, topped off with a combo Endoscopy/Colonoscopy on July 5th!
Special Notes
This particular paragraph or two is being added on Father's Day 2019 for a VERY special reason that I NEVER saw coming.
With the slew of problems I have had this year I decided that maybe it was time to give up the motorcycle since riding time has been and is getting more limited for me as the days go by. So I put the bike up for sale on CycleTrader, and have had a few nibbles here and there but nothing really happening.
Then the end of last week I had a call from a guy named Scott, and had a chat about the bike. I think somewhere along the line, I exchanged an e-mail with Scott and it happened to have my website link on it.
Now I know nobody really visits my website, because no one really knows about it for the most part. It was just something I always wanted to do, because it was the culmination of all my years of experience as a Systems Programmer in Information Technology as a career.
One of my most cherished posessions is a very short story that my Adoptive father Merrill Faegenburg put together and composed on the computer when he was around 80+ years old. I was ALWAYS amazed that dad was able to pull that off since half the 80 year olds on the planet have probably never even used a computer. So what does the motorcycle, and Dads story have to do with each other?
Well this morning, Father's Day 2019, I was checking my phone and noticed that this guy Scott, whom I have never met before, had sent me a Text message, saying he had read my Dad's story and was very appreciative that I had shared it on my website.
I always dread Father's Day now, because Dad has been gone for 5 years, but today instead of tears of sorrow, I cried tears of joy, because a total stranger took the time to read something about my personal hero, My Dad, Merrill!
I will now have the treasured memories of my Dad, and just as importantly, the treasured memory that Scott blessed me with today!
Scott, God Bless you and Thank You so very much!
The Corsair Kings
Here is a picture of Dad, he is 2nd from the right standing. That is a Corsair behind them and it is what they taught their students to fly. This picture was taken at Jacksonville Naval Air Station sometime in 1944. One thing I can tell you for certain, while those men were smiling for the picture (sort of), they were VERY unhappy that they had NOT been assigned to combat units in the European or Pacific war zones, because the Navy wanted them to be instructors! (They do that with the BEST pilots!). Talk about men of courage! If I EVER become 1/1000th of the man my Dad was, I will be doing ok!

Final Thoughts
I have done a lot of soul searching this past year and have finally pulled the plug on all the worthless and phony relationships that have been dogging me for years. So called family and friends. I have boiled things down to what finally makes the most sense for me:
1). God
2). Country
3). Me
4). My wonderful and beautiful wife
5). My two awesome daughters
The rest is just fluff. Now I am free to pursue what I REALLY love. I love fast cars, Budweiser and Weapons Systems!
What else does one need!
I Love the Lord, but I HATE organized phony religious bullshit. Read "The History of The Jews" by Paul Johnson. People don't even realize why it is that we believe what we believe today when it comes to religion. This book will open your eyes to the manipulation of mankind, by mankind, for the purpose of furthering agendas concerning the ever present conflict of state vs. church. You will be horrified to learn the truth.
I have no use for religious texts anymore, or religious buildings, or religious ceremony. I know God exists. What I don't know is what is beyond, and I firmly believe we are all wasting our time trying to figure it out. God does NOT play favorites. He gives us free will. Stop praying and asking him for everything. Get your own shit together and be part of humanity. Fuck all the other bullshit. God has no need to reward or punish. He leveled the playing field by putting us all on earth and imposing the death penalty on ALL. Be mindful of the Lord and respectful. Stop believing what everyone else tells you that you are supposed to believe. If you want to believe you are going to someplace called hell just because you don't believe that Jesus was the savior of mankind, that is your right.
I think we are all in for a surprise when we die. God has been very gracious to me throughout my life and I certainly have not deserved it. Just having been fortunate enough to have been born in the USA was number one in my book. Of all the fucked up places you could wind up in as far as this planet goes, to be in the United States of America is to be in the Greatest Country On Earth!
God Bless the U.S.A.